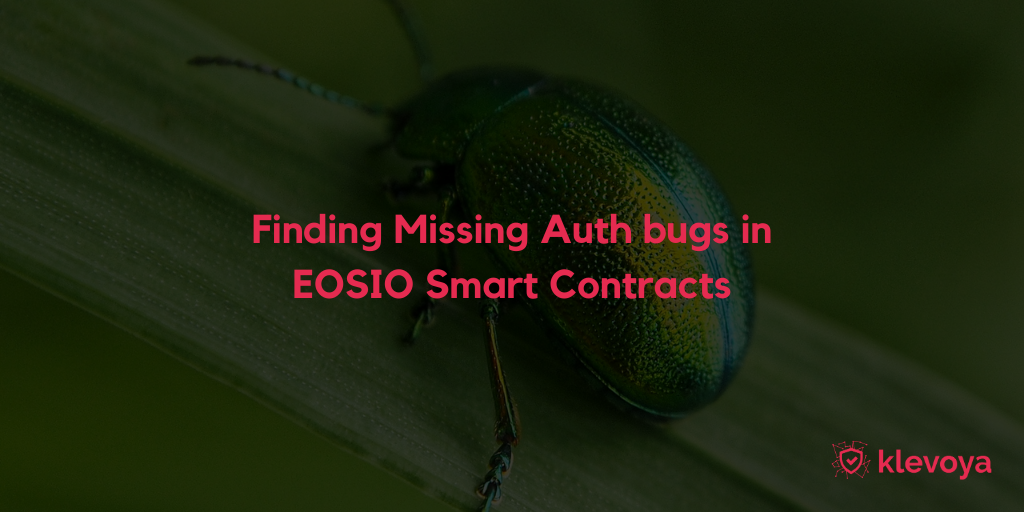 This is a series of blog posts in which I’ll cover some common EOSIO smart contract vulnerabilities and then explain how we can use our EOSIO vulnerability scanner, Inspect, to perform static analysis to uncover these vulnerabilities.

This week, I look at Missing Authorisations.

Due to missing authorisation controls, a vulnerable smart contract grants authorisation to untrusted accounts such as malicious parties, to:

Let’s look at an example of where a smart contract is setup such that it is paying for EOSIO RAM (which is what EOSIO calls the on chain database) storage costs, in such a scenario every write to the database should be checked to ensure that the entity calling the action that contains the database write has the proper authorisation to do so. Otherwise incorrect data may be written, or a RAM filling attack (see severity below) may occur.

In the action code below, despite there being a require_auth() call prior to the emplace call (which writes data to the _users table), the user is not the RAM payer, allowing any user to write to the database using the contract account's own RAM making the contract vulnerable to a RAM filling attack.

Modifying the action so that the user pays for RAM, makes the action immune to a RAM filling attack (as the user is no longer using the contract’s resources for RAM):

The impact of this type of vulnerability is that a hacker could:

Finding the vulnerability with Inspect

Inspect employs a technique called Static analysis. Static analysis is performed by reasoning about a computer program’s source-code, or some intermediate representation, without actually executing it.

With Inspect we perform static analysis on the WASM binary code, this is decompiled and then lifted into a proprietary intermediate representation (IR). Inspect then takes the IR, represents it in a database which we can mine for patterns of known vulnerabilities.

The first action is correctly flagged as violating the Authorisation check. As Inspect operates on the WASM byte code, it reports the violation occurring at the EOSIO intrinsic, db_store_i64(), that corresponds to the emplace() call.

The second action is not reported as it is safe.

In a real analysis scenario, the next step would be to correlate this result with the source code and confirm that this is truly a vulnerability.

What else? What vulnerabilities would you like me to cover next?