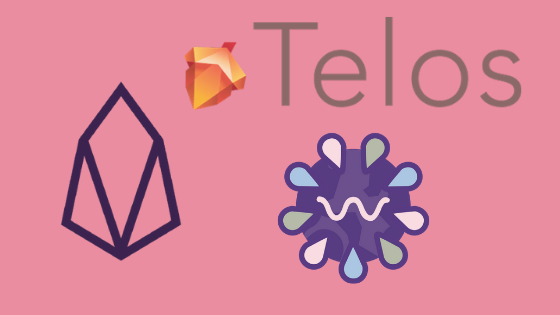 In Part 1 we covered what an EOSIO sister chain was. In this piece we look at how the two pre-eminent contenders, Telos and Worbli compare to the EOS MainNet. Let the battle commence!

Value proposition: Learnt from the mistakes that EOS MainNet made at launch, more developer friendly.

Value proposition: On a mission to enable opportunity. Worbli wants to build the infrastructure for an honest, efficient and accessible financial system. By developing the world’s most cost-effective and developer-friendly, consumer and enterprise blockchain platform.

And the winner is

It's still early days with the launch of EOS sister chains. New sister chains seem to crop up monthly with sometimes little to differentiate them. At the moment if your dApp needs the user base, investor community and mindshare etc then the EOS MainNet has to be your first port of call. Telos has some interesting developer centric features that may make it the preferred chain for early developers. If you are developing a finance based application in a heavily regulated industry then Worbli's model for a pre-KYCed/AMLed userbase could be very attractive. However the current lack of public clarity on its governance structure may give some room for pause.

However, with EOSIO based dApps able to run on any EOSIO chain, then dApps may see the choice of whether to run on EOS or a sister chain as closer to an internationalisation feature.

Just as savvy web Apps choose to launch first in Canada, do all their learning and iteration and then re-launch in the USA, we may see dApps apply a similar market launch strategy. Deploy on a sister chain like Telos first where resources are cheap, prove some of the business and financial model and then re-launch on MainNet to access the larger user and investor base there.